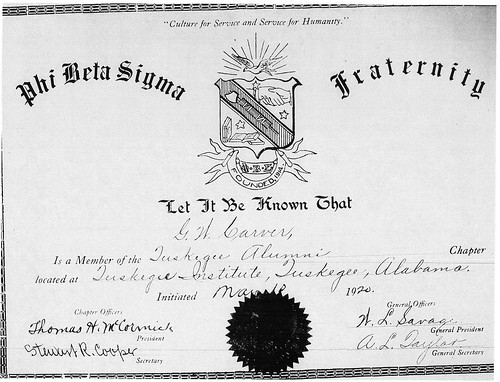 Education
He began his formal education at the age of twelve, which required him to leave the home of his adopted parents. Schools segregated by race at that time with no school available for black students near Carver’s home. He moved to Newton County in southwest Missouri, where he worked as a farm hand and studied in a one-room schoolhouse. He went on to attend Minneapolis High School in Kansas. College entrance was a struggle, again because of racial barriers. At the age of thirty, Carver gained acceptance to Simpson College in Indianola, Iowa, where he was the first black student. Carver had to study piano and art and the college did not offer science classes. Intent on a science career, he later transferred to Iowa Agricultural College (now Iowa State University) in 1891, where he gained a Bachelor of Science degree in 1894 and a Master of Science degree in bacterial botany and agriculture in 1897. Carver became a member of the faculty of the Iowa State College of Agriculture and Mechanics (the first black faculty member for Iowa College), teaching classes about soil conservation and chemurgy.

Among many awards and honors were: